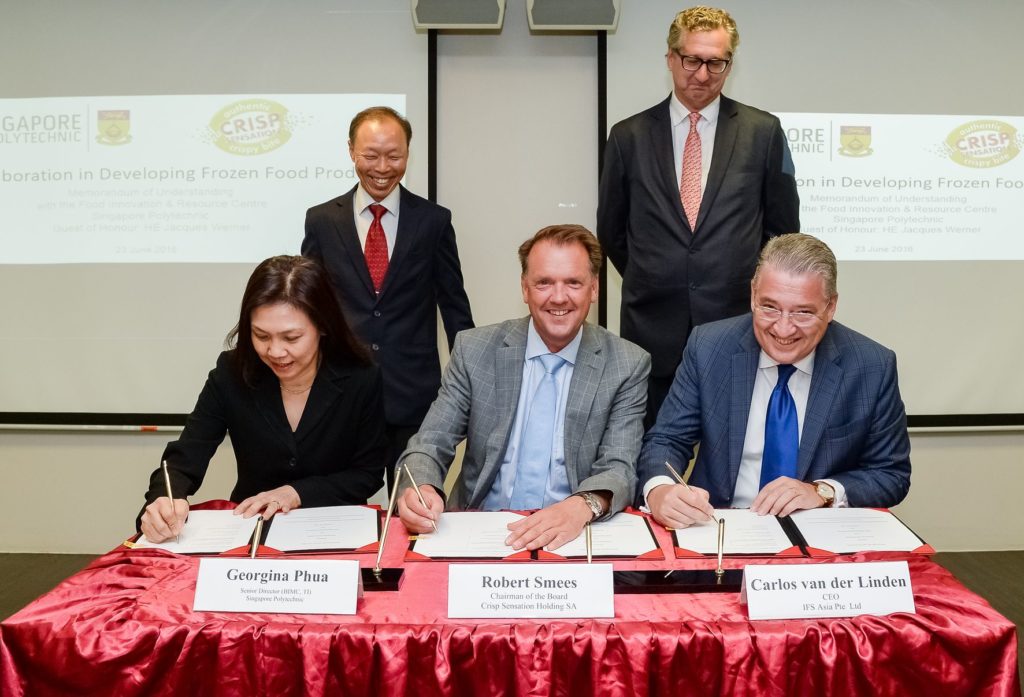 The successful Crisp Sensation technology is now available in Asia and can offer local R&D activities. In the presence of the Dutch Ambassador, Crisp Sensation just signed an important cooperation agreement with Food Innovation & Resource Centre (FIRC) in Singapore. Because of this cooperation, Crisp Sensation now has lab facilities available in Asia to support customers who aim to use their cutting-edge technology to boost the performance of crumb-coated foods and snacks. FIRC in turn can now expand their service portfolio with a highly innovative technology.